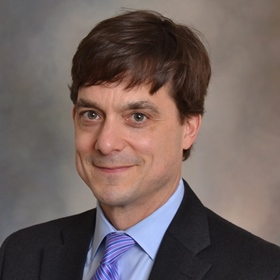 For two years Richard Austin, suffered from a medical mystery that so confounded family members and physicians that he was finally advised to see a psychiatrist for his problems.

“I was getting so frustrated because I knew there was something more going on,” says Austin, 72, of Eleva. “But no one could seem to figure it out, and I didn’t know which way to turn.”

Austin’s problems began in 2012 when he and his wife were visiting with houseguests.

“All of a sudden, I would have trouble talking,” he says. “Later on when sitting down to visit with company, I’d just fall asleep.”

Searching for a diagnosis

Physicians struggled to find anything physically wrong with Austin, so they began treating him for anxiety, prescribing a variety of medications, but nothing seemed to work. As time progressed, so did the frequency of the “episodes,” as Austin calls them, occurring once to twice a day. But it wasn’t until August of this year that the severity of the episodes took a frightening turn for the worse.

Austin was driving his wife Jackie to the hospital for a doctor’s appointment, when he lost complete control of his arms and legs.

“We were just lucky to get the car stopped,” he says. Jackie called an ambulance from the roadside, and Austin was taken to Mayo Clinic Health System in Eau Claire.

By chance, neurologist Timothy Young, M.D., was working on-call that day. When he was called into Austin’s exam room for a consultation, Dr. Young entered the room in the middle of an episode.

“From his symptoms and what I had observed, I had a pretty good idea of what might be going on,” Dr. Young says.

Follow-up diagnostics confirmed Austin was suffering from a form of narcolepsy that included a condition called cataplexy, in which the body suffers generalized weakness.

“Mr. Austin’s spells were so severe, he lacked the strength to keep even his eyes open,” Dr. Young says. “But like all patients with cataplexy, he remained awake.”

Episodes generally last only a minute or two, and then symptoms resolve completely, making them hard to observe or track. Furthermore, it’s rare for an older patient to develop the condition, which also might have made the condition harder for physicians to diagnose, Dr. Young says.

A different medication was prescribed to Austin, and his episodes are now relatively nonexistent.

“I’m 100 percent now,” Austin says. “I went from being strapped in a wheelchair and walking with a walker to fine in two weeks.”

“Narcolepsy with cataplexy can be very debilitating,” he says. “I can’t tell you how glad I was to see Mr. Austin for a follow-up visit and hear how he’s been able to resume many of his daily activities. It brings a smile to my face.”

Austin’s family members say they’re thankful for the chance encounter with Dr. Young and the end of their two-year medical mystery.

“Our whole family is so happy that Dr. Young was there for our dad,” says daughter Bobbi Jo Ryskoski. “Finally, someone who listened and helped resolve this condition so our father could start living again.” 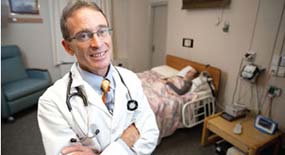 Always tired? You may have sleep apnea

Sandman not doing his job? Use these behavioral strategies for sleep difficulties