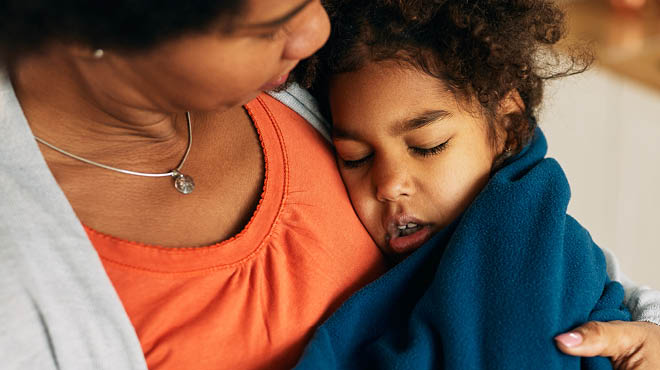 Increased RSV and influenza infection cases, primarily affecting young children across the U.S., have prompted the Centers for Disease Control and Prevention (CDC) to issue a health alert.

"We have a whole generation of young children who might not have been exposed to RSV," says Angela Mattke, M.D., a pediatrician with Mayo Clinic's Children's Center. "Mask wearing is less common. People are getting together a lot more often. That's a perfect opportunity for viruses to spread. Kids are back in school and day care, and we often see these trends increase, especially when kids return to school."

In this video, Dr. Mattke talks about flu and RSV viruses and when to seek medical help:

What to know about RSV

"RSV stands for respiratory syncytial virus. It's a common respiratory infection that usually causes mild cold symptoms in most people. But in young children, especially less than six months of age and adults over age 65, we can see more moderate to severe disease that will present to outpatient clinics, emergency departments and even hospitalizations," says Dr. Mattke.

Many symptoms of COVID-19, RSV, influenza and adenovirus are similar, making it difficult to tell if it's the common cold or something more serious.

There are laboratory tests for RSV and many other viral respiratory pathogens. Dr. Mattke says testing isn't always recommended for patients for RSV, and a test is not required to confirm if you have it.

"Most cases are self-limited, especially in preschool-aged children and older or healthy adults," says Dr. Mattke. "Children do not need an RSV test to return to day care or school."

Most people recover from RSV infection within one to two weeks.

"For children that do present to outpatient clinics or emergency departments, we may consider testing for RSV, among other viral illnesses, to help us differentiate what's causing it because that can affect our treatment and what we do to quarantine and prevent the spread of whatever is causing the infection to other people," says Dr. Mattke.

She stresses that testing for RSV does not change or affect your treatment plan. There is no cure for RSV. Management for most viral illnesses includes rest, hydration and over-the-counter pain relief. Never give aspirin to children.

Seeing your child get sick can be frightening and confusing. Dr. Mattke offers three things to watch for when determining if you need to consider seeking medical help. She says a baby may have a fever, but it is not always how high of a temperature but how your child is breathing, staying hydrated and interacting that should be considered.

"When we look at their work of breathing and how hard they are working, are they breathing faster, shallower and harder? And do you see the skin sucking in between the ribs above the rib cage and their neck area and below the rib cage? Those are signs that they need to be seen," she says.

"And then the last thing," says Dr. Mattke, "Are they not as responsive to you as they should be? Kids that don't feel good generally sleep a little bit more. But when they are awake, they should be awake, alert and still have periods of playfulness, especially when they have their antipyretic or anti-fever medications. And they feel a little bit playful, but they might go back to feeling very tired."

Dr. Mattke says if you don't see any of that level of playfulness or interaction with you, that would be slightly less than their baseline. That's an indication that they need to be seen by a clinician to treat symptoms.

Flu levels in the U.S.

"We are seeing higher levels than expected, given the time of year. And we did see high levels in the Southern Hemisphere during their flu season. And that's how we generally predict what our flu season will be like," says Dr. Mattke. "We're hoping that people, if they aren't currently vaccinated, go ahead and get their vaccine as soon as possible."

The CDC reports more than 730 deaths attributed to the 2022–2023 flu season, including two pediatric deaths.

Everyone 6 months and older is recommended to get a flu vaccine. It takes about two weeks to provide full protection.

Flu symptoms often come on suddenly. Not everyone will get a fever. Like many viruses, young children, older adults and those with weakened immune systems are at higher risk of complications.

"The general symptoms for influenza are fever, body aches and cough. Sometimes nasal congestion or runny nose can be associated with it. In younger children, one thing that does set them apart sometimes from other viruses is that we will see vomiting and diarrhea associated with it and the presence of fever, but sometimes not those cough, runny nose and congestion sort of symptoms," says Dr. Mattke.

Breathing and hydration issues are also considerations for seeking medical care. Dr. Mattke says most people recover in a few days to a week, but young children and older adults are at higher risk of complications.

"People should seek medical attention for influenza if they're struggling to breathe themselves, have difficulty getting a whole sentence out or working harder to breathe," she says. "And if people are not staying hydrated, that's another reason to have them come in and be seen. One last thing to watch for is people changing their level of alertness. This sometimes can represent a more severe progression of their disease."

How to prevent the spread of respiratory viruses

Flu and RSV are respiratory infections caused by viruses. These viruses are spread mainly by droplets made when people talk, cough or sneeze.

Here are some ways to help protect yourself and others from these and other respiratory viruses:

For the safety of our patients, staff and visitors, Mayo Clinic has strict masking policies in place. Anyone shown without a mask was either recorded prior to COVID-19 or recorded in a non-patient care area where social distancing and other safety protocols were followed.
Topics in this Post 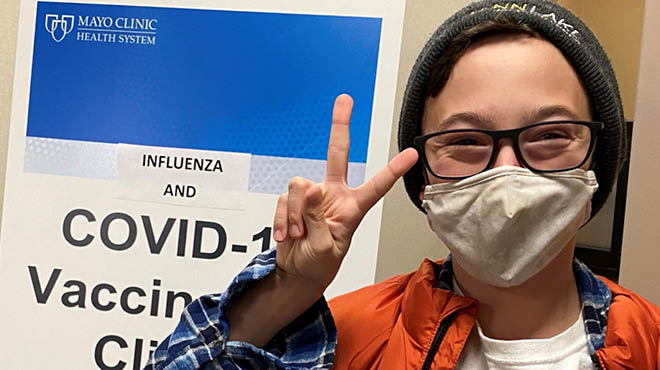 Don't delay getting your child vaccinated for COVID-19 What parents should know about RSV