Need to make an appointment? 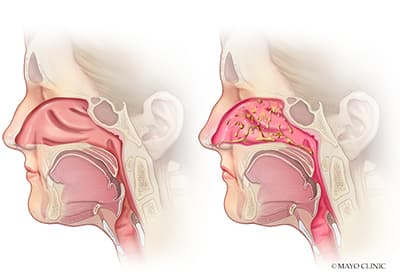 Rhinitis is the inflammation or irritation of the tissues that line the inside of your nose. Symptoms of rhinitis include runny or stuffy nose, coughing, mucus in the throat and sneezing. These symptoms are the nose’s natural response to the irritation.

Treatment of nonallergic rhinitis depends on how much it bothers you. For mild cases, home treatment and avoiding triggers may be enough. For more-bothersome symptoms, certain medications may provide relief including nasal sprays and decongestants. For treatment of allergic rhinitis, over-the-counter oral antihistamines may help to alleviate your symptoms.

In some cases, surgical procedures may be an option to treat complicating problems.