A sharp pain in his side woke him from a sound sleep one night. Mark Turnbull dismissed the discomfort and figured it would go away by morning, but the pain only intensified as the evening went on.

In the morning, the 61-year-old Hudson, Wisconsin, resident visited his doctor and underwent a battery of tests, including blood work and an X-ray, which initially pointed toward pneumonia. However, an MRI confirmed a condition far worse: metastatic liver cancer. The pain was caused by a grapefruit-sized tumor that was pinching a nerve. He learned that surgery and treatments would help; but, tragically, his condition was terminal.

From the beginning, Turnbull has made lemonade from the lemons life’s given him.

“God’s put me in this position, and I’ve embraced it,” he says. “When the doctor told me I had cancer, I said ‘OK, now how can we work with this?’”

Turnbull says “the stars aligned” in that he happened to be a Mayo Clinic Health System patient when all of this unfolded.

“Mayo Clinic Health System is awesome,” he says. “All of the doctors and support staff that I’ve worked with have been very knowledgeable, helpful and genuinely concerned.”

Jeremy McBride, M.D., an interventional radiologist with Mayo Clinic Health System, suggested a minimally invasive radiation treatment known as Y-90 to strategically attack the tumors invading Turnbull’s liver. The treatment works by injecting tiny particles into the arteries feeding the tumors with blood. Only the tumors are targeted; normal liver tissue and other nearby organs are not impacted. While the procedure won’t cure Turnbull’s cancer, Dr. McBride expects it to prolong his patient’s life expectancy and improve his quality of life.

“Our intent is to slow down the tumor, to kill as much of it as we can and keep it from progressing,” Dr. McBride says. “It’s a good treatment option for patients who don’t have many good options.”

To minimize the risk of injury to Turnbull’s liver, Dr. McBride treated half of the liver at a time. The first treatment was in July 2016, the second in October. Follow-up scans thus far have shown positive results, Dr. McBride says.

“If it looks like it’s progressing again, we can potentially treat again with Y-90,” says Dr. McBride, who is careful to limit how much radiation a patient’s liver can take. Patients are typically limited to two treatments, although doctors can take another approach — only with concentrated chemotherapy and larger particles — once radiation limits are reached.

“He could potentially have that multiple times to prolong his survival and keep him doing well,” Dr. McBride says.

Now, three months out from his last Y-90 treatment, Turnbull continues to work, feels well and remains in good spirits.

“He’s been great to work with. He’s always been very positive and happy,” says Dr. McBride, noting that Turnbull has even baked cookies for Dr. McBride. “All the nurses and everyone who works with Turnbull enjoy having him around.”

The staff also appreciates his sense of humor. Dr. McBride shared a story about Turnbull’s return trip to the clinic when it was time to treat the second half of his liver.

“When he came in, he colored his hair orange and red and asked me if that was a normal reaction to radiation,” Dr. McBride says.

Turnbull says he would “highly recommend” the Y-90 treatment, as well as his entire medical team, to other patients in similar places.

“It did exactly what it was supposed to do,” he says. “All in all, it was a very good experience, and I would support that team any way I could. They worked extremely well together, and Dr. McBride … that man, to me, walks on water because of what he’s done.” 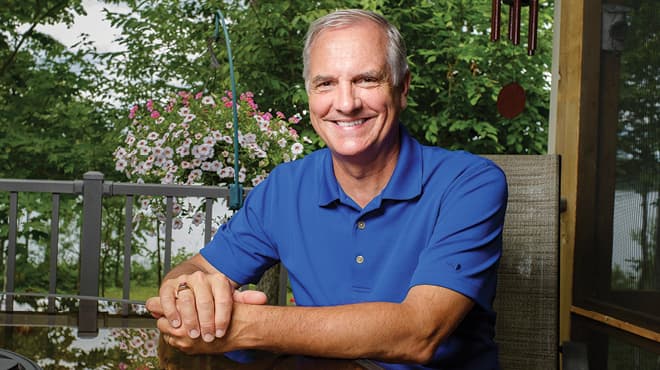 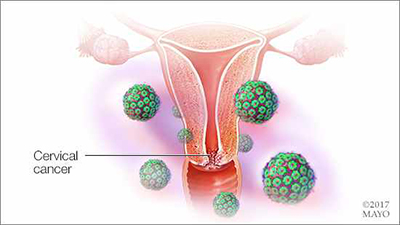 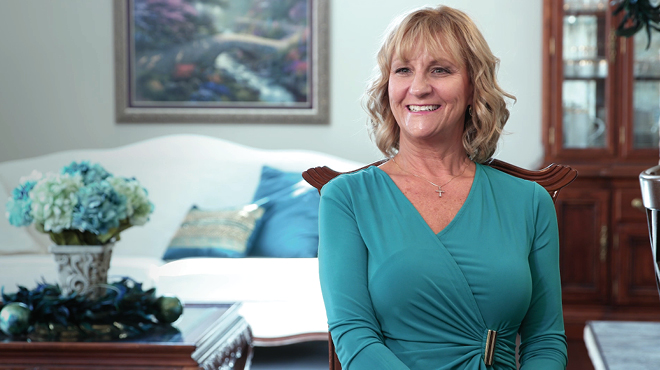 Hope and heart: Living each day to the fullest with stage 4 ovarian cancer